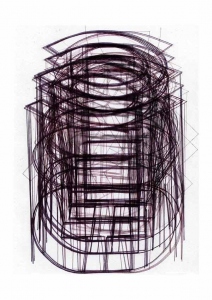 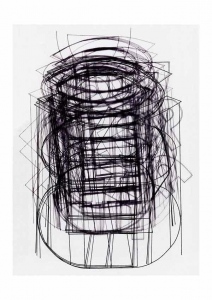 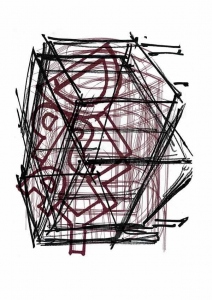 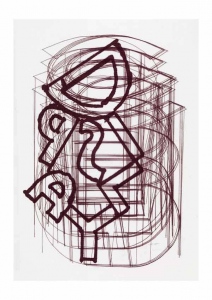 He has had numerous one person exhibitions over the past four decades, including the Serpentine Gallery, London; the Goya Gallery, Spain; the Mashomac, USA; Olympia, London (1999); Riverside Studios (2000); the Galerijo Rigo, Croatia (2003); the Zest Gallery (2004); and The Drawing Gallery (2004)

2013 1966 performance film, ‘ You Will, You Are, You Have’ , St.Martin’s Sch. of Art, and 1968 ‘ Space Colour, Form’ film collected by Tate Gallery Archives, and Henry Moore Insitute. 2014 Recent Drawing in Slash/Seconds electronic magazine. 2014 Reception, Rupture and Return – The Model and the Life Room, Tate Brtiain.

Martin has works in many public, corporate and private collections such as the Tate Gallery, the National Portrait Gallery, the Arts Council of England, Henry Moore Institute, the Northern Arts Association, the British Museum, the Victoria & Albert Museum, the Science Museum, the Museum of Modern Art, Paris, the Zaragosa Museum of Fine Art, Spain, the London Hospital Arts Trust, The Government Art Collection, English Heritage, University of London Goldsmith’s College, City University London, Deutsch Bank, the Savoy Group and ICI. Aspects of Martin’s work were featured in the 2004 BBC television production of From Bronze to Beans. In 2008 a major publication about his work; ‘The Tomorrow Of My Yesterday – The complete works of Barry Martin’, was written by Julius Bryant, published by Veeman – Holland.

He has taught in a number of major British art schools including the Royal College of Art, The Slade School of Fine Art, the Royal Academy Schools, Goldsmith’s College, Central St. Martins College of Art, Croydon College of Art and the Universities of Reading, Manchester, Newcastle and Kingston. He lives and works in London.

He has exhibited regularly at The Drawing Gallery since 2004.