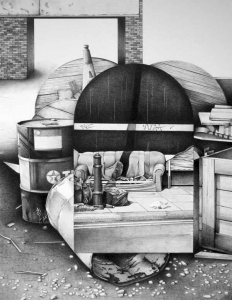 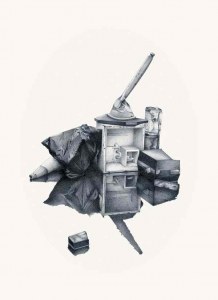 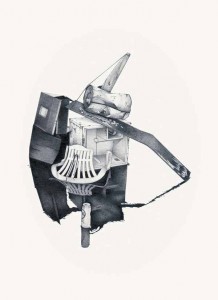 James Wright has exhibited extensively in the UK and abroad, with his first solo exhibition being held at One in the Other Gallery, London, 2008, followed by numerous group exhibitions and solo presentations. These include Volta 5 – New York, Contemporary Drawing – the Victoria and Albert Museum, London, Drawing Breath – Royal West of England Academy and many more.

He was artist in Residence at Gloucester Cathedral 2009 – 2010 which culminated in his third solo exhibition: Memento Mori.

He was a Prize Winner in the Jerwood Drawing Prize and Jerwood Contemporary Painters in 2006 and 2008 respectively.

His work is represented in public and private collections in the UK and abroad, including the Victoria and Albert Collection and the Zabludowicz collection.

He lives and works in Dorset, England