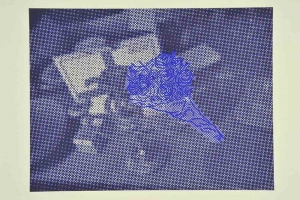 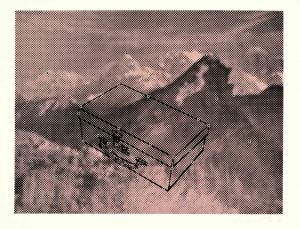 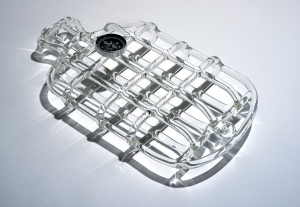 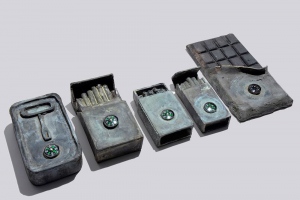 Paul Coldwell was born in 1952 and trained at Bristol Polytechnic and the Slade School of Fine Art. He works as a sculptor and printmaker and has produced a number of artist’s books. A recurrent feature in his practice is the use of intimate domestic imagery to explore themes of journeying, loss and displacement.

‘Coldwell exhibits a potency in touching daily experience – the joys of family life and of seeing children grow versus the chaos and confusion in the outer world normally viewed through the news media and television. Complex as the layers are, Coldwell draws us into a sometimes difficult, certainly moving and thought-provoking inter-action.’

Paul Coldwell is Professor of Fine Art at University of the Arts London and visiting Professor at the University of Northampton. In 2006 Coldwell curated Morandi’s Legacy: Influences on British Art , for the Estorick Collection, London and Abbot Hall, Cumbria. In 2006 he was selected for The International Print Triennial Cracow, and was one of the UK representatives at The Ljubljana Biennial Slovenia 2005. He is featured in the publications Print Now; Directions and Definitions (Rosie Miles and Gill Saunders, V&A) and Collecting Original Prints Rosemary Simmons, A&C Black.

His work is included in numerous public collections including Tate, the Victoria and Albert Museum, the Imperial War Museum, the British Council and the Arts Council of England.