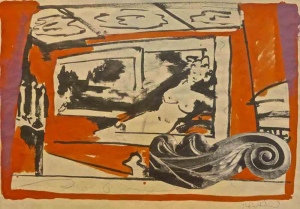 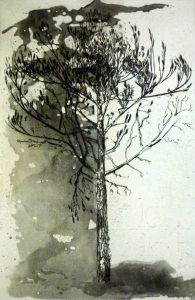 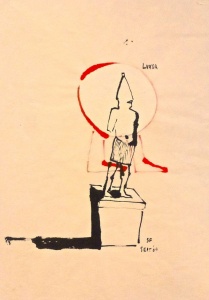 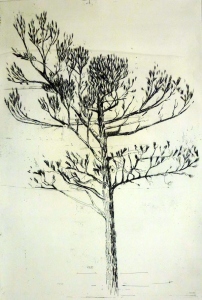 Stephen Farthing (b. 1950) studied at St Martins School of Art, London (1969-73) before taking his Masters Degree in Painting at the Royal College of Art, London (1973-76). Here he received an Abbey Major Scholarship, taking him to The British School at Rome for a year from 1976.

Stephen Farthing has exhibited extensively in one man shows since his first solo exhibition held at the Royal College of Art Gallery, London in 1977. His work, representing Britain, was shown at the Sao Paulo Biennale in 1989, leading to many further solo shows in the UK and abroad, including South America and Japan.

Farthing was Artist in Residence at the Hayward Gallery, London in 1989. He was elected Royal Academician in 1998 and in 2000 was made an Emeritus Fellow of St Edmund Hall, Oxford. He was appointed executive director of the New York Academy of Art in 2000. From 2004 – 2018 he was Rootstein Hopkins Professor of Drawing at The University of the Arts, London. In 2000 he wrote ‘The Intelligent Persons guide to Modern Art’ pubs; Duckworth and in 2009 and 2013 he edited Art The Whole Story and Derek Jarman : Sketchbooks for Thames and Hudson.

His work is represented in museums, galleries, corporate and private collections in Asia, Europe, Latin America and the USA.

He lives and works in London and Mexico.